You are here Home » Ocular diseases caused by the Sun: How to avoid them?

We all know that we must protect both the skin and our eyes from the sun. But, do you know which ocular diseases you could avoid when using sunglasses with quality UV filtered lenses?

Read this article to know

There are several types of eye diseases caused by solar radiation.

The following classification is according to the areas of the ocular anatomy where they appear.

Ocular diseases caused by Sun on the Eyelid

The eyelid skin is more sensitive than other areas of the body. It is thinner and therefore has less epithelium, which tends to suffer from external aggression.

Wearing sunglasses with a proper UV filter abates the offending action from sunlight and decreases the possible formation of:

-Blepharitis: Which is an inflammation of glands located at the edges of the eyelids. It is very commonly caused by sun exposure.

– Actinic Keratosis: This is a precancerous skin lesion that can turn into squamous cell cancer. It starts as a red scaly area, and that can lead to a larger crust.

To diagnose it requires a skin biopsy

It can be treated by cauterization, scraping, cryogenics or removal if it has progressed to become a tumour.

– Bowen illness: similar to actinic keratosis lesion in appearance. Both can lead to cancer and to differentiate, a biopsy of the damaged skin is required.

Squamous Cancer: the most common of eyelid skin cancers, it usually appears as the development of the two aforementioned diseases.

The area should be protected from the sun if the person will be exposed to the sun for a time.

Ocular diseases caused by the sun in the conjunctiva.

The conjunctiva is a transparent tissue covering the eye area, most often known as the “white” and which in medical terms is called the sclera.

The conjunctiva is well known for producing one of most common eye diseases: conjunctivitis, which literally means “inflammation of the conjunctiva.

In discussing the influence of sunlight, let us explain:

-Photoconjunctivitis: As its name suggests, it is conjunctivitis produced by sunlight. The signs and symptoms are the same, widespread eye irritation, itching, tearing, etc. It can start up to 8 hours after prolonged sun exposure.

An ophthalmologist will suggest treatment, that could be eye drops with antibiotics or steroids.

-Pterygium:. This problem is the gradual emergence of a white tissue in the conjunctiva born in the part closest to the nose. It can grow to invade the area of the pupil. In that case, it becomes a very serious problem because it can interfere with vision.

It is a very common disease in tropical countries and whose impact would be greatly diminished if sunglasses were used.

The treatment is surgical excision, the sooner the better in order not to injure the cornea.

-Pinguecula: This is somewhat similar to pterygium, an abnormal growth of the conjunctiva, but in this case it does not invade the area of the cornea which does not interfere with vision. It also tends to have a yellowish colour and a very recognizable shape, a small lump to the naked eye.

Treatment also involves removal of it.

Eye Illness caused by the sun in the Cornea 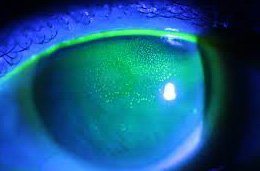 -Photokeratitis: Keratitis is a condition that affects the cornea, the most exposed part of the entire eye because it´s the first layer.

Photokeratitis is produced by the sun and the patient complains of grittiness in the eyes, pain and abnormal sensitivity to light.

Corneal abrasions as small points, which are responsible for these symptoms, are formed. It can also cause redness of the conjunctiva and the eyelid skin.

The treatment also should be determined by an ophthalmologist. They can prescribe an antibiotic collyrium or corticosteroid.

Ocular diseases caused by the sun in the Lens

The lens is the internal objective of the eye, responsible for allowing light in (the focusing mechanism), and is responsible for focussing on the nearest objects and allows us to see properly in these situations.

-Cataracts: they are the main problem caused by solar radiation on the eye. The UV between 300 and 400 nm is the major cause of this problem, and radiation accumulated over the years tends to produce cataracts. But what are cataracts? Is the formation of dark areas inside the lens, which is where they have accumulated the harmful effects of solar radiation.

This results in a deterioration of vision and is the reason why many old people complain of poor vision.

The treatment for a cataract is surgery but is only done when it really is a serious problem for vision.

Ocular diseases caused by the Sun in the Retina

-Retinopathy: there are different types of retinopathy. In this case, we speak of course about solar retinopathy. It usually appears when an eclipse occurs and people do not take appropriate measures for viewing it. Most of all, because nobody should look at the sun directly. The cells of the retina deteriorate and can severely compromise vision.

However, it has a poor prognosis depending on the degree of the injury. It can be treated with anti-inflammatories and corticosteroids. 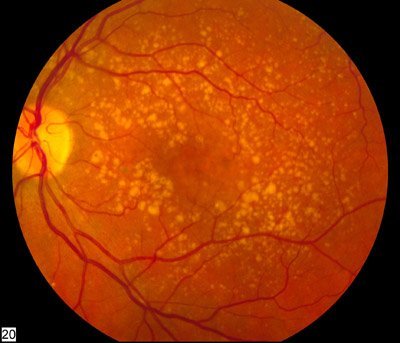 The macula houses the point of greatest visual effectiveness of the eye, called the fovea. This is the part of the eye responsible for central vision. If this area is damaged, it can result in loss of central vision

There are many causes that can cause AMD, but solar radiation is one of the most important.

Treatments vary depending on the type of AMD, but can range from drugs, laser and photodynamic therapy, which is a combination of both.

We do not intend to scare you with this article this is just information. You could already find it on the internet for a long time.

We just wanted to make a compilation of the diseases that can be avoided with the use of sunglasses with good UV filters.

But please, the fact that you use sunglasses does not mean that you will be 100% protected against these solar radiation-related diseases, but it will certainly help you to have much less chance of suffering from them.

I hope you liked the article and if so, please share it on your social networks. 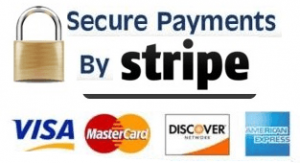