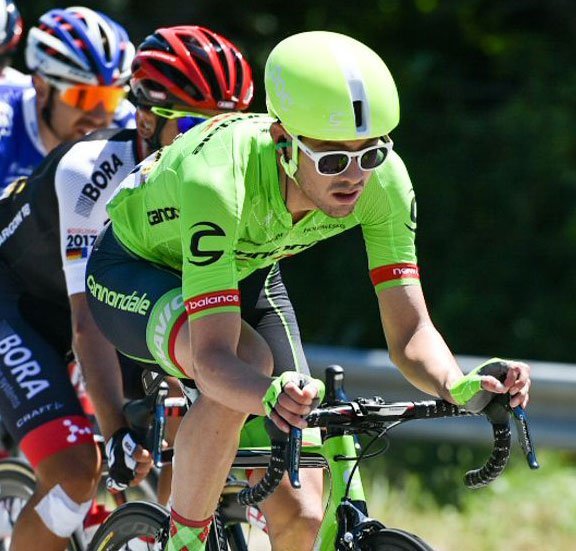 Yes, the 2016 Tour de France is over, but I know you have been looking at the cycling sunglasses in the race. We are, too, so we have created this article:

The most popular sunglasses models in this 2016 Tour de France.

Let’s talk about differents brands, models and the cyclists who wear them. Oakley, Rudy Project, Bollé, Lazer and relatively new brand called POC, with a model that has not been to a sporting spectacle, at all. To do this, you will have to read the article to the end.

We will start with a modern classic of all sports sunglasses

This model developed in collaboration with Mark Cavendish and was the dominator of cycling glasses last year and this year it’s going down the same road. Cavendish, himself, and many of the squad are using them, including the great Peter Sagan. 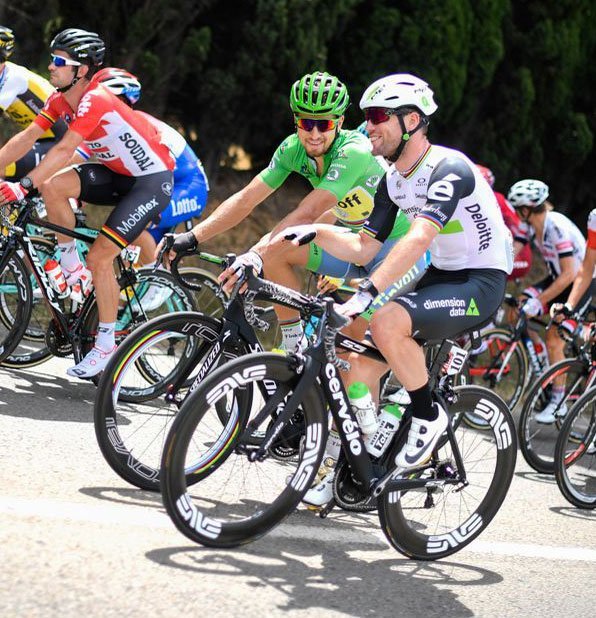 In the picture you can see the two greatest sprinters in this Tour, sharing laughs and sunglasses.

Do you want to win today, or shall I, Mark?

That could be one of their conversations.

This goggle is the direct competitor to the Jawbreaker.

I would not dare say which of the two is used the most, but it´s a fact that this new Oakley model has already surpassed the mythical Radarlock.

The key is the ergonomic design of the lens and the shape of the frame that offers a wider field of vision.

If the three times Tour de France´s champion, Chris Froome, is using them, the glasses should be good, right?

As you can see in the picture, they are personalized with the colors of the yellow jersey.

But the maximum customization is found in the following model.

Thomas De Gendt offers the best example of this cycling sunglass, but his entire team also uses them, including André Greipel.

Last year Lazer was already a supplier of material for the Lotto-Soudal team and have repeated that this year.

But look at the next picture.

De Gendt´s sunglasses are customized with red spots as the Mountain´s leader. They are awesome.

And they are the subject of many comments and photos.

It´s a success from Lazer Marketing.

But we have more.

This Cycling Sunglasses has not yet been released for sale to the general public.

Adidas has decided to create a small collection for the most visible faces of the bunch, they promote it in this 2016 Tour.

No doubt Alejandro Valverde is a face the new Zonyk fit well and look great on. All the Movistar team except for Quintana use them.

And what glasses is Nairo Quintana wearing?

We will see later.

As you can see in the picture, Tony Martin is wearing this model developed exclusively by the Italian firm, for Ettix-Quick Step team.

It’s a lightweight design with great ventilation in the frame itself, and with interchangeable lenses.

No doubt it helped the German, Marcel Kittel, to get his victory in stage 4 of the 2016 Tour

This model used almost exclusively by Alexander Kristoff, follows the example of the Adidas Zonyk.

They are not yet on sale like the Ekoi AK Kristoff, already used by the Katusha rider in the past.

We do not know the exact name of these glasses, but we sure will soon.

Furthermore, these glasses have a slight resemblance to the next.

“Purito” Rodriguez has left behind the Radarlock, and is the top representative of this new model of Oakley.

They are sunglasses without a frame, they do not have a frame around the lenses.

It consists of two lateral temples and a big lens (shade) on the front.

This makes them the lightest cycling sunglasses in the market, at 22 grams for the Path model, and 25 grams for the Range model,which is the one we see in the next picture.

New cycling sunglasses for Purito, before his departure at the end of the year.

We will miss him and his sunglasses.

Come up with another brand

These cycling googles are the top model of the French brand, quite popular in the bunch.

AG2R and Orica cyclists use them.

Vuillermoz and Mathew Alexander Michaels are some of the riders who opt for this model of the great French cycling goggles brand.

There are still 4 but they have a lot to offer, don’t miss them.

There’s not much more to say about these glasses, which have lost the predominance in international cycling racing they had a few years ago.

We have seen them on Alberto Contador’s face, but not every day, because he also uses the more modern Radar EV.

This photo could have symbolism

We will see in the next races.

The following are legendary sunglasses.

Or it could be also a Jawbone, because as we told you in this article, they are almost identical.

Sky cyclist, Luke Rowe, is wearing them in this picture.

However, it seems that these once popular sunglasses are gradually disappearing in the international bunch

Hold on tight for the next

This recently created brand of sunglasses is slowly growing.

The company also manufactures bicycle helmets, like other brands such as Rudy Project and Lazer.

This certainly is helping its growth, and they offer complete kits throwing in glasses and helmets, which havebeen widely accepted by the public for good value for the money.

Their flagship model is called DO, but in this Tour, they’ve decided to give prominence to their Require model.

Look at this picture

Hands up; who believes that this is a pair of cycling or sports glasses?

I guess nobody raised their hand.

All Cannodale Team cyclists are using them in this 2016 Tour.

What do you think?

Is it a brand strategy to popularize their casual glasses?

Do you think that the Cannodale cyclists are comfortable with them?

Or perhaps they were partying and go to the race as if they were on After Hours?

We will now finish with Nairo Quintana

We’ve searched to find the name of the model being used by the Colombian rider in this Tour, but we have not discovered the name.

We believe that is a variation of the Zonyk used by the rest of Movistar Team, but we can’t say for sure.

We’re asking for your help.

We have finished this article about the most popular sunglasses in 2016 Tour de France.

If you enjoyed it, let us know, and please share it on your social networks.

Take care and see you soon.

3 thoughts on “Cycling sunglasses: The most popular in Tour de France[2016]”